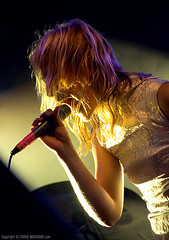 Everyone recovered from V-Fest yet? No? What’s wrong with you? Better take your vitamins and Red Bull then, because there’s a lot going on this week. Notably, Ms. Emily Haines will be playing four (that’s right, 4!) shows in a span of three days (incl. V-Fest), so if you think you’re tired…
If this isn’t enough music for one week and you know of other shows, as always, we want to hear about it in the comments.

Sun. Sept. 17th
A Tribe Called Quest @ Kool Haus, $60.75
** Torontoist will be there and may have a review and/or photos after the show.
Photo: Carrie Musgrave