A Letter to the Editors
Torontoist has been acquired by Daily Hive Toronto - Your City. Now. Click here to learn more. 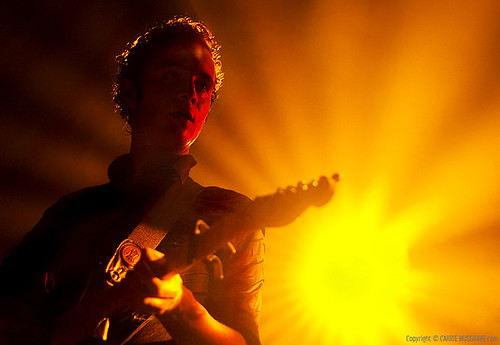 Dear Editors,
This letter concerns your August 2nd performance at the Opera House.
Let me just start by congratulating you – you really pulled it off.
I wasn’t sure that you’d be able to. I mean, you made us wait through two opening bands (first one good, second one bad) and three hours before you finally came on, which meant that everyone was kinda pissed off by the time you started. Three hours is a long time to wait for anyone, let alone a band who’s released just one album (even if it’s up for the Mercury Prize). I mean, I liked The Back Room – not the whole thing, but a few songs. “Blood,” for one. It’s great post-punk, and I gave it five stars in iTunes. That’s a pretty big deal, I think. “Camera,” “Fingers In The Factories,” “Bullets,” “All Sparks” – there’s some solid stuff on that album, but most of the rest of it seemed pretty forgettable. Still, I was optimistic since I’d heard that you were good live.
And holy shit! You guys killed. Every single song was great. Amazing stage presence, too, really good for a band that’s only been around for a few years. Have you considered releasing a live album? I know you’ve only recorded a little over an hour’s worth of material in the studio, but it’d probably be a good career move at this point. It totally worked for Kiss.
Anyway, in light of your great performance, I feel that I should apologize for some things. The Back Room isn’t boring, and I’m sorry I told my friends that it was. Your band name is not lame, I don’t think. Your songs don’t all sound the same; live, there are subtleties that aren’t really that detectable on the album. And, finally, I promise that I will stop comparing you to Interpol every time your name is mentioned. I just like Interpol a lot, and I thought you guys sounded similar. That’s all.
(Seriously, though; just one album? And you play like that live? Goddam.)
Love, Your Newest Fan,
Torontoist
The Editors continue their world tour throughout the month of August. More photos from their Opera House show are available in Torontoist staffer Carrie Musgrave’s photoset from the night.