PhotoTO: MTV at the Masonic Temple
Torontoist has been acquired by Daily Hive Toronto - Your City. Now. Click here to learn more.

By Rannie Turingan (aka Photojunkie) 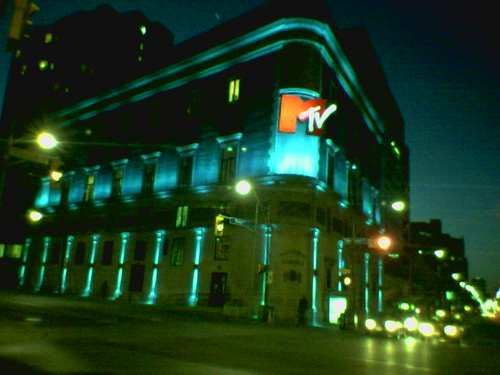 Back in March, we told you about the launch of MTV Canada. Yesterday we were noticing how they’ve spent their budget on adding fancy lights to give the Masonic Temple, where they film MTV Canada, more prominence. Strangely, it reminds us of the Chum City building, home of Much Music, without all the foot traffic and big windows to see in the studio.